The unity of science forms a network

Network analysis, sort of, have "proved" what the old positivists only dreamed about, but never got quite right: Science is a unity! Yet, unification does'nt need logic analysis, but rather good algorithms :-)
Left, a thumbnail picture of the network. I am amazed. Artwork and computationalized studies of science goes together! And little more detail (from the middle-right) here:

Couldn't help focus on the biology part. As I saw the strange cilia-like hairy surroundings of the little picture, I wondered what new feature was put into the traditional node-and-link structure of network pictures. See what I found:

Weird! It's like reading a modernistic poem. Tune in on this link and dig into your own favourite parts of the territory of reason.
Title: "Scientific Method: Relationships Among Scientific Paradigms". Quote:
"This map was constructed by sorting roughly 800,000 published papers into 776 different scientific paradigms (shown as pale circular nodes) based on how often the papers were cited together by authors of other papers. Links (curved black lines) were made between the paradigms that shared papers, then treated as rubber bands, holding similar paradigms nearer one another when a physical simulation forced every paradigm to repel every other; thus the layout derives directly from the data. Larger paradigms have more papers; node proximity and darker links indicate how many papers are shared between two paradigms. Flowing labels list common words unique to each paradigm, large labels general areas of scientific inquiry." -- ("Credit: Research & Node Layout: Kevin Boyack and Dick Klavans (mapofscience.com); Data: Thompson ISI; Graphics & Typography: W. Bradford Paley (didi.com/brad); Commissioned Katy Börner (scimaps.org)")
-- And thanks to Rasmus from Ursuppen for leading my attention to this!

One of the fascinating features of the map is that the structure of interrelationsships between the paradigms seems to form a circle. The circle of knowledge? Remember the meaning of words like universe ("to comprehend as a unity"), or university (think of that as originally "the circle of knowledge", as I was once told by the philosopher Hans Fink). Interestingly, this raises the question: What constitutes the empty space in between whole wheel of knowledge?
Posted by Claus Emmeche at 21:41

kellykelly1 said...
This comment has been removed by a blog administrator.
05:54

Center for the Philosophy of Nature and Science Studies (in Danish: Center for Naturfilosofi og Videnskabsstudier)
involves a small group of scientists, philosophers of science and researchers engaged in the interdisciplinary field of philosophy of nature and science studies, including history, philosophy and sociology of science.

The center was initiated in 1994 by the Faculty of Science. For the moment it has a few persons doing full time research at the center, and a number of associated researchers at the Institutes of the Faculty of Science, as well as other Institutes, who devote the total or some parts of their research and teaching to this field (cf. the staff page).

The centre is housed by the Faculty of Science, University of Copenhagen. See the centre's home page here. 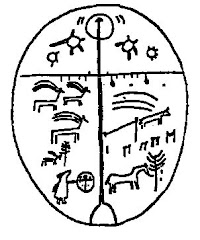